How to solve: Rendering a Canvas to an Image in a way that doesn't lock up Flutter UI

I need to draw some images in Flutter using geometric primitives, to both show in-app and cache for later use. What I'm doing right now is something similar to this:

Here's an example of the outcome: 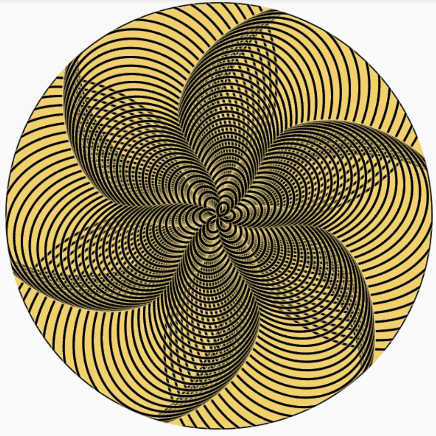 I know the image operations in this amount are heavy and I don't mind them taking some time. The problem is since they're CPU bound, they lock up the UI (even though they are async and outside of any widget build methods). There doesn't seem to be any way to break the picture.toImage() call into smaller batches to make the UI more responsive.

My question is: Is there a way in Flutter to render a complex image built from geometric primitives in a way that doesn't impact the UI responsiveness?

My first idea was to do the heavy calculation inside a compute() isolate, but that won't work since the calculations use some native code:

I think there is an alternative approach with CustomPaint painting just a couple of elements every frame and after it's all done screenshot it somehow using RenderRepaintBoundary.toImage(), but there's a couple of problems with this approach:

Edit: it seems like the screenshot package allows for taking screenshots that are not rendered on the screen. I don't know about its performance characteristics yet, but it seems like it could work together with the CustomPaint class. It still feels like a very convoluted workaround though, I'd be happy to see other options.

Probably the best approach is moving rendering from dart:ui to a library that can be used in the compute isolate.

The image package is written in pure Dart, so it should work well and it does support the primitive operations I need.

I'm currently using the Canvas solution from the other answer, and it works for the most part, but I will switch to this soon.